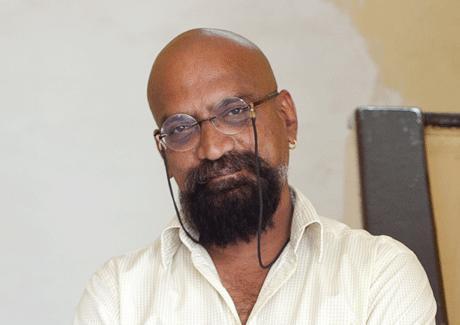 KS Chakravarthy has joined Liqvd Asia as chief creative officer (CCO). He had exited FCB Ulka in September 2014 as NCD, after a stint of six years.

On the appointment, Arnab Mitra, MD and co-founder, Liqvd Asia, said, “With Chax coming in the idea is to evangelise the digital space. Not many agencies are focusing on creating brands through digital. He’s an iconic personality in advertising and his role to evangelise digital.”
Mitra confirmed that while Chakravarthy has been associated with Liqvd Asia for the past two months, he officially joined the company only ‘a few days ago’. Chax has already worked on a few campaigns (Mufti and Indiabulls) for Liqvd Asia.
Mitra added, “Brands are looking to take a different approach in the digital space. Brands are now trusting us to create conversations. We’ll be looking to hire more talent to make this the first digitally super-charged creative company.”
Chax said, “I’ve been here for around three months now, and will be here in a full-time capacity for a few more. While I’m CCO, the idea is to set up and mentor the creative team in the agency. I’m still persevering on my independent (digital) startup. After that launches, I might continue, and have an alliance with the agency. In the mean time I’m hands on in terms of work and hiring people. Arnab was very keen to move (Liqvd Asia) from technology to a holistic agency. Ideally I’ll be wanting to leave a stable team here, so that if I come in here for two days in a month, the agency can carry on.”
He added, “I’m currently (everything from) CCO to chief copywriter. It’s been great so far. I wanted to immerse myself in digital. This is complete immersion; these guys are technology savvy. They’re very strong on the technical and development side. On the creative front, I have started bringing in people, and over the space of the next three to four months, I’ll have senior people from the mainline side. Mainline advertising people have rarely moved to digital. So the integration rarely happens. Digital is generally silo-ed. The mainline agencies have digital agencies, but they seldom have integration. We’re looking to bridge that here.”
On his own venture, he said, “The agency will be in the digital space, but in a focused space of digital. It’s taken longer than expected to be rolled out. It should happen in the first quarter of next year. My startup won’t be direct competition, so we could probably continue working (together). I have my plans pretty much in place and I’m looking at a different set up. I want to start with a bang, not as a small startup.”
Chakravarthy began his career with Clarion-McCann. In a career spanning more than 30 years, he has also worked with JWT, Leo Burnett and Rediffusion Y&R. He had also created his own production house ‘Persistence of Vision’.
(Updated with inputs from Chakravarthy at 13:25 hrs on 19 October.)
The article was originally published on Campaign India dated: Oct 19, 2015.